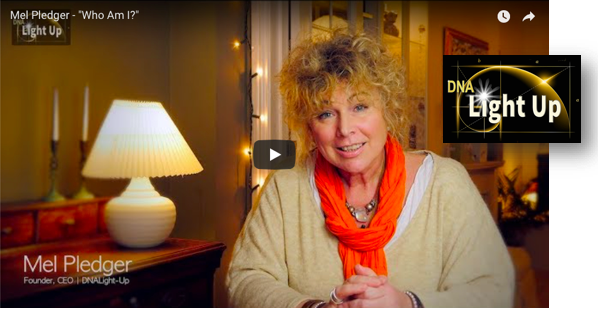 This is a piece that has just been published in a fabulous new publication - here is the link to see the original and read other great stories www.40fabulousmagazine.com

Since I was very small, I have always had an unwavering belief in magic. I loved films like Bedknobs and Broomsticks, and I remember one time being taken to the cinema to watch Peter Pan. I shouted, clapped and stamped my feet as hard as I could to save Tinkerbell after she took the poisoned medicine. I willed her to come back to life, and was overjoyed when her light started to shine again! I know it appears silly writing it here now, but at the time I honestly believed that I had helped to bring her back to life – and I remember feeling warm and good.

Of course those are just innocent childhood memories… or are they? Because these days I am convinced that my early experiences played a major role in shaping how I coped with the numerous jolts that life seemed to throw at me. Over recent years when I was told by solicitors, debt companies and numerous other professionals that there was no way out of the nightmare after discovering that my soulmate was a sociopath, I simply refused to believe them. I just knew that somewhere, somehow there would be a solution – and I prayed for some magic to happen.

OK, there might not actually have been fairies or wizards at play, but I genuinely believe that my childlike faith (or stubborn pigheadedness perhaps?) helped me overcome every single hurdle that appeared in my path.  Yes, even against all the professional advice I’d received along the way… “You’ll have to lose your home” “You must leave France” “You’ve got to accept that everything is going to change” I remember one evening, over a large glass of wine, chanting to myself over and over again “I do believe in fairies, I do I do I do!” hoping that perhaps my own bruised and battered light would once again brighten and carry me back to some kind of normality!

And you know what? Through it all, my light did indeed come back. Bigger and brighter than ever before. Against the odds I made it – I overcame every challenge, and came out the other side much richer in life than I had possibly known could be possible. Richer not in material goods (although I did manage to keep my beloved home) but in the way I felt about myself and about the world around me. For the first time that I could remember, I felt ‘switched on’ and lit up. I felt safe. I felt loved. I felt that life was good. In short – I found the truth of who I really am, and I had come home.

This was how I first discovered the key to what is now known as DeNA – our revolutionary training approach that lights people up from the inside.

After finding and accepting myself, my life shifted and continued to shift for the better. On a regular basis I would experience out-of-the blue contacts from people keen to give me work. I’d find new connections with people – either deepening with existing friends, or with new people who would suddenly appear in my life. I stopped feeling tired – in fact I remember saying to my friend Marty one time that I just didn’t know what to do with all this energy that I suddenly had! Each day became like a miracle, and slowly slowly I began to relax in to this new way of being, this new and magical way of experiencing the world, and I began to enjoy watching things unfold. The stress had gone. The worry had gone. The bad feelings had gone. This was real-life magic, and I found I was pinching myself to check it was real…!

I came to understand that through all the ‘bad stuff’ I had been given the gift of connecting with something so profoundly life-changing that I felt compelled to share it with others. I had found that by attaching with myself from the inside, I could affect my outside world in a way that I had never dreamed possible. Yes, I’d already spent years studying and qualifying in all manner of therapies such as Louise Hay, NLP, Coaching and Firewalking. All of those techniques were a tremendous help to me as I faced my battles. But I knew from deep within my soul that what I’d discovered was something even more meaningful. Something that had changed my life beyond recognition. Something I knew I was meant to refine and share. So over the coming months I played with what I had learned, experimenting on myself and gradually introducing new techniques in to my coaching sessions, so I could test whether I was correct in what I believed I’d discovered. Could it really be that I’d be able to share with others in short sessions what had taken me over four decades to find in myself?

In short, the answer was ‘yes’. I found out that I could light-up others in the way that I had been lit-up myself. I was able to help others uncover their own inner power in just a couple of hours, and each time it happened the person in front of me literally changed before my eyes. They became calm. They looked younger. They were free – and their eyes shone clear and bright. Once lit-up I was then able to show them how they could use their new understanding of themselves – because I’d learned how to do it myself. That way it became a permanent life-skill, and I soon began to recognize that the shift people experienced through this process was more than just a mental shift…. It was a profound change on every level. And because of that, it meant it lasted.

Over recent months, and with help and guidance from some great friends, I have built this process in to a training programme that is equally effective in the corporate world (my profession for the past 15 years) as in what I now refer to as “Life plc” – it’s for people like you and me, it’s for parents, for teachers, for therapists, and for children.

Just a few weeks ago I was lucky enough to have the opportunity to run an introductory light-up session with a room full of Brownies – little girls aged from 7-9 years old. Together with Tracy, my business partner, we worked our magic in the room and every single one of those children was lit-up. We invited them to draw and share what they had found, entitling their drawings “ME” standing for My Energy. The results were breathtaking – I am getting goosebumps now just writing about it and remembering the experience! These beautiful little souls created the most amazing pictures and wrote the most insightful words when asked to describe how they felt with their energy ‘switched on’….. “I feel pretty and confident” wrote one “I am strong, safe, and happy” said another “I am the light because the sunshine is within me” grinned another one, who until this moment had been quiet and kept her eyes to the floor.

Was I right to believe in magic as a child…? Well yes, I think I was. Because surely, what we’re now able to bring to the world is magic indeed. In the words of Rhianna “Shine Bright Like a Diamond” – because as more and more people light-up, so our world can shine bright like the diamond it is meant to be.

Find out more about DeNA here: www.denarevolution.com
Join our revolution on Facebook here: www.facebook.com/DenaRevolution
Posted by Mel Carnegie (PLEDGER) at 18:57 No comments: